Why isn't China investing in Afghanistan?

Mining deal with China on the verge of collapse

It was to become the largest foreign investment in Afghanistan of all time. The Chinese state-owned mining company China Metallurgical Group Corporation (MCC) acquired the rights to the "Mes Aynak" mine in Logar province for $ 3.5 billion. The mine in eastern Afghanistan is said to exploit one of the largest undeveloped copper deposits in the world. The talk is of a value of around ten billion US dollars. However, the dream deal is about to end. Almost five years have passed - so far not a gram of copper has been broken from the rock.

"The poor security situation is the reason for the delay," complains the Afghan Mining Minister Wahidullah Shahrani. In addition, the ruins of several 1500 year old Buddhist temples lie on the mountain, which still have to be archaeologically secured. So quick wins are not to be expected: "To be honest, the MCC doesn't seem to be very active," says Shahrani. He therefore wants to meet the Chinese in the near future to discuss the future of the copper mine. Because so far they have not kept their promises to the Afghan government. In addition to profit-sharing, the contract regulates an 808 million dollar bonus as well as the construction of a railroad and a 400-megawatt power plant. 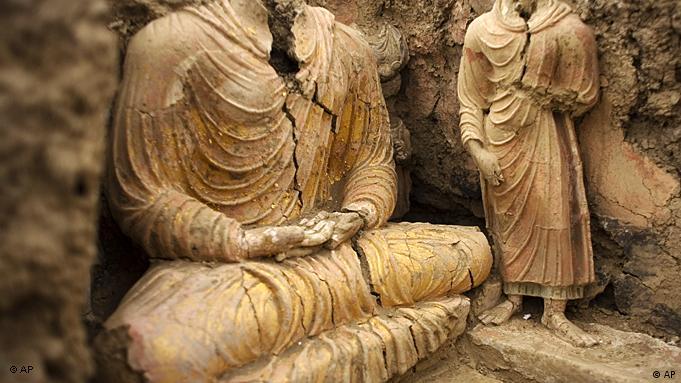 Buddhist statues in a temple ruin in Mes Aynak

Zarghona Rassa of the international Extractive Industries Transparency Initiative in Afghanistan therefore suspects that the Afghan government will reassess the treaty because China has failed to meet its obligations. "The government is not happy with the way the Chinese are doing things," he said. Rassa says that a termination of the contract is no longer excluded. Jawed Noorani from the Afghan NGO "Integrity Watch Afghanistan" sees it that way too. The Chinese no longer consider the treaty with Afghanistan to be profitable. The Buddhist treasures are just an excuse to gain more time for renegotiations. With the Taliban, a third party has now also spoken out - with undisguised demands for protection money. "The security situation has deteriorated extremely, the Taliban want money," says Noorani. The Chinese have already agreed to invest in the railroad, the gas project and the power station and to mine their copper themselves. "Now the Taliban also want a piece of the pie and that's too much for the Chinese," so they wanted to renegotiate.

Security in the country and the withdrawal of ISAF troops are also the main reasons for the possible failure of the project for Wang Lian, Professor of International Relations with a focus on China-Afghanistan at Beijing University. The MCC is insecure. "In Afghanistan all political forces are fighting for power. It is understandable that the MCC is not very actively promoting the mine project there." He is certain: "As soon as a stable security situation is in place in Afghanistan, the MCC will accelerate its investment projects". An economically stronger Afghanistan is also in China's interest.

The future of mining is threatened 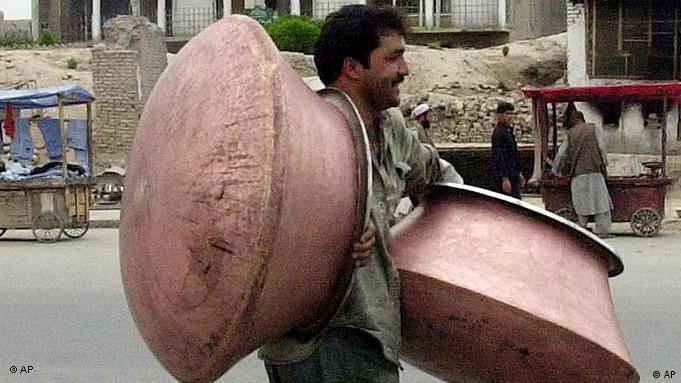 Copper is an important raw material in Afghanistan

The Chinese are not alone, however: when the mining rights were awarded to the Chinese, there were other international interested parties. Kazakhstan, for example, was doing well but didn't want to build a railroad. If Afghanistan wanted to re-award "Mes Aynak", the Afghans would have to negotiate from a much weaker position, "says Stephen Carter of the international organization" Global Witness " offers the same conditions. It will be difficult to get hold of a new deal of equal value. "Carter is concerned about the Afghan mining industry. Afghanistan is now at a tipping point. Should the largest foreign project fail, this could have enormous consequences for new investments and thus also for the future of the conflict country . 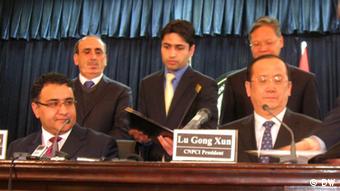 Mining Minister Wahidullah Shahrani therefore continues to rely on the extraction of raw materials as a motor for an economic upswing. "Our endeavor is that the country can stand on its own two feet by the end of 2024". Then the mining industry should be able to pump "$ 4 billion annually" into the state budget.

At present, 90 percent of Afghanistan's budget is still dependent on foreign aid. According to the Afghan authorities, the country in the Hindu Kush has raw material reserves worth several trillion dollars; including valuable resources such as rare earths, lithium, iron, tungsten, copper, lead and zinc. Lithium and rare earths in particular are also relevant for Germany as an industrial location; both are used, for example, in the production of magnets for wind turbines. Mining is a welcome alternative to the country's crippling economy. Without the Chinese or a comparable large investment partner, however, this dream could fail.