Paths through the regulation jungle

When are psychotropic drugs indicated? Which patient really benefits from it? Which of the many preparations should you prescribe? Who makes the indication and monitors the medication - the family doctor or the specialist? These questions arise every day in practice. The following article tries to give answers on the example of depression and psychosis.

The 2012 Barmer Medicines Report showed that every fourth woman and every third man suffer from depression. Before drug therapy is initiated, other measures, primarily talk therapy, should be exhausted. A preparation should be individually tailored to the patient. The person affected should also be informed that psychotropic drugs do not heal, but that treatment can only help to shorten the phase and thus to improve the quality of life.

The general guidelines assume the patient's compliance: regular use, no self-medication in the absence of experience, no abrupt discontinuation and discuss new symptoms with the responsible doctor. The attending physician is made responsible by providing the indication for therapy after taking a detailed anamnesis and informing the patient very precisely about the preparation.

Who is the responsible doctor?

In the opinion of the psychiatrist, the diagnosis, the indication for therapy, the dose optimization and the decision about the course of therapy should remain in the hands of the specialists. However, family doctors are confronted with this problem on a daily basis, often have to react quickly and cannot wait for an appointment with a psychiatrist in a few weeks. The family doctor has to act immediately, which does not mean that he does not need the psychiatrist, e.g. B. when it comes to a confirmation of an initiated therapy or in the case of therapy failures, a therapy optimization is desirable.

The two largest groups of psychotropic drugs are antidepressants and neuroleptics. There are a large number of active ingredients here, all of which (should) have a similar effect, but differ in their undesirable effects. There are also publications that show that placebos are superior to antidepressants in mild to moderate depression. The Drugs Commission of the German medical profession makes a clever statement on this: "Antidepressants are effective and helpful drugs in the treatment of depression, the effectiveness of which is ultimately not denied."

Regardless of the cause of the depression, antidepressants have a thymoleptic effect. In the special effect from dampening to neutral to stimulating as well as anxiolytic and / or calming (see table 1).

The side effects affect the cardiovascular system, the nervous system and sexuality. If taken continuously, it will take a few days to weeks before an effect is noticed. If patients report success after just a few days, it is usually a placebo effect.

The antidepressants are classified according to their respective place of action on the neurotransmitter system. That explains the different action profiles and the many side effects. And it makes it difficult to find the right preparation for the individual patient. Individual tolerability must be taken into account, taking comorbidities and interactions into account. To make matters worse, when prescribing medication, one's own experience with the preparation always plays a role.

The tricyclic antidepressants intervene in several neurotransmitter systems and are in turn divided into serotonin reuptake inhibitors (clomipramine), norepinephrine reuptake inhibitors (desipramine and nortriptyline) and acting on both (amitriptyline, doxepin and imipramine). Since they also act on the histamine receptor, they have a sedating effect, so that they are often used for sleep disorders. The undesirable effects resulting from this, such as reduced fitness to drive and the risk of falling, must be considered! A special feature that should be mentioned is the pain-relieving effect of amitriptyline, the effect of which sets in after seven to ten days.

The selective serotonin reuptake inhibitors (SSRI) work depending on the severity of the depression and are often prescribed for anxiety and obsessive-compulsive disorders. The increased suicidality, especially among young people, must be mentioned as a side effect. Serotonin syndrome (see Table 2) can occur with simultaneous administration of triptans or other antidepressants.

Selective serotonin / norepinephrine reuptake inhibitors (SSNRIs) have no significant advantages over SSRIs. Duloxetine is used in polyneuropathy. The disadvantage here is the high level of hepatotoxicity.

MAO inhibitors are more likely to be left to the neurologist / psychiatrist in the therapeutic indication. Indication, as with the SNRI, are therapy failures. When using this preparation you have to know that a tyramine breakdown inhibition, e.g. B. when eating cheese, high blood pressure crises can be triggered. Also because of the risk of hyperthermia and the occurrence of myoclonus, there should be an interval of at least two weeks between taking the MAO inhibitor and other antidepressants.

When using phytopharmaceuticals (St. John's wort), interactions with contraceptives and immunosuppressants, which are also metabolized via cytochrome 450, are to be expected. Phase prophylactic agents are used in mood stabilization to prevent new phases of illness, in particular to avoid affective disorders.

In terms of the indication - not the rate of side effects - the tricyclic antidepressants have no major disadvantages compared to the more modern active ingredients. The side effects are complex and require regular checks. The indication must be very strict, especially for older people.

With the variety of drugs available, choosing a neuroleptic is not much easier (see Table 3). Ultimately, similar rules apply here as with antidepressants. Neuroleptics are nerve suppressants with antipsychotic, sedative and psychomotor effects. The indication are psychoses of various causes. Here, too, the effect depends on the individual response of the person affected. Intellectual abilities are not affected. As with antidepressants, there are many side effects. The disturbance of the temperature regulation is noticeable here!

The classic and modern neuroleptics differ in their effects. While the classic neuroleptics predominantly influence the positive symptoms such as delusions, hallucinations, bizarre behavior and psychomotor arousal, the modern neuroleptics also have an effect on the negative symptoms such as drive disorders, affect flattening, linguistic impoverishment and, above all, social withdrawal (Table 4). Modern neuroleptics are preferred if the person concerned suffers from extrapyramidal symptoms (EPS), i.e. dyskinesia of any kind. Disadvantages of these active ingredients are significant weight gains and changes in the blood count, so that regular laboratory checks are mandatory. Just like the use of antidepressants, the indication of neuroleptic therapy should be carefully checked, since here too the side effects can severely impair the quality of life.

Therapy with psychotropic drugs will continue to create a need for discussion. It will remain difficult, and not just because of the many active ingredients. The placebo effect cannot be ignored and the range of side effects is a problem, especially for the elderly. The indication for therapy with a psychotropic drug should be carefully considered. Further therapy options must be included. In order to be able to see the forest for the trees better, the family doctor should concentrate on a few preparations with which he has gained experience.

Literature from the author

Conflicts of interest: none declared 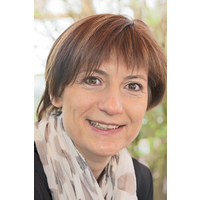