Have you ever built a statue of Hitler?

How Hitler had women tortured: Insights into the Ravensbrück women's concentration camp

DW: Your book "Ohne Haar und ohne Namen" about the Ravensbrück women's concentration camp is now published in Germany - more than 70 years after the end of the Second World War. How could you still speak to survivors from Ravensbrück at all?

Sarah Helm: I was very fortunate to find a number of survivors when I started researching my book in 2007. Most of them had been quite young women then, some no longer; they were in their mid-90s when I met them. Many of them were British and some were Polish who lived in my immediate neighborhood in south London. A Dutch woman lived just a few streets from my house. That was quite a surprise. To meet the Russian and Ukrainian survivors, I had to go to Odessa, Donetsk, St. Petersburg and Moscow. But I was amazed at how many women I could find at all. In total, I spoke to around 50 women, and if you include those with whom I exchanged letters, I even come to 60 to 70 contemporary witnesses.

How did the women react to your questions about Ravensbrück? 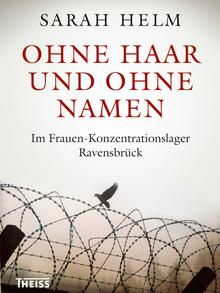 When I contacted her, some of the women already knew they didn't have much longer to live - and they really wanted their story to be told. Even though they were so old, their memories were still fresh. They were often telling these stories for the first time - or at least in such detail. That was of course very moving. Many tears flowed. One of the women, Maria Bielicka, was 90 years old when I spoke to her. And she'd just been diagnosed with pancreatic cancer. She had six months to live. So she wanted me to come as often as possible. She had so much to report and wanted to finish the story before she died.

Although Ravensbrück was the only Nazi concentration camp in which exclusively women lived - and Heinrich Himmler often even stopped by in person because his lover lived nearby - the camp is much less known than the concentration camps of Dachau, Buchenwald, Bergen-Belsen and of course Auschwitz as a synonym for the Holocaust. Why is that?

I can't understand that one hundred percent either. But I think it is partly because it was in East Germany and was therefore inaccessible to Western historians for a long time. In the GDR, Ravensbrück - like the men's camps - was mainly reduced to the communist resistance fighters. Another aspect is that by the 1960s and 1970s, when historians began to grasp the full extent of the Holocaust, the crimes against the Jews overshadowed everything else. But another point certainly plays a role: Historians are still primarily men - and for a long time they were not interested in the specific history of a women's camp. They completely ignored one of the worst Nazi crimes: that against women.

What was the difference between Ravensbrück and other concentration camps in which men and women were imprisoned? 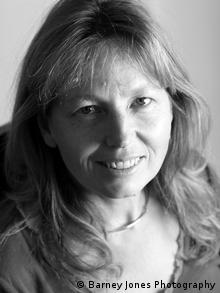 Sarah Helm was deeply touched by the stories of the survivors

At first, Himmler, who was responsible for all the camps, did not yet think of torturing women as much as men. For example, he assumed that women were so afraid of dogs that it was enough to use them to intimidate them. The guards were exclusively women, but they were subordinate to SS men as camp leaders. It was about making Ravensbrück look like a completely normal prison from the outside. That changed when more and more women were brought into the camp and the SS feared for discipline. The level of brutality increased rapidly, corporal punishment increased, and finally a gas chamber was built for Ravensbrück. It became part of the extermination camps.

The inmates in Ravensbrück were very different women. Among them were many communists, but also Jehovah's Witnesses, prostitutes, resistance fighters and Jews from all over Europe. And yet: all were women. Did that create a different "atmosphere" than in the men's camps?

The women suffered in other ways. Less through physical violence than through what was done to their children, who were taken from them and later driven into the gas chamber in front of their eyes. The more women came into the camp, the more pregnant women there were among them. Abortions and sterilizations were performed on them and they were used as guinea pigs. When the SS failed to control all the births in the last year of the camp, they allowed the women to give birth to their children and to breastfeed them. But the mothers had no milk in their breasts. They knew the children were going to die. As a woman, I can hardly imagine a worse form of torture. I consider all historical assessments that Ravensbrück was less bad than other concentration camps to be a misjudgment.

In your book you describe not only the inmates but also the guards. Who were these women who entered the service of the SS in Ravensbrück? 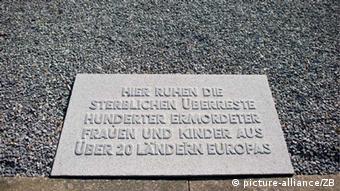 Tens of thousands died in Ravensbrück

All the guards were ordinary German women. They believed they were getting a nice uniform and a slightly better salary than in normal prisons. They were neither well educated nor completely uneducated. None of them had a criminal record or indicated particularly brutal behavior. Yet a large number of them soon showed that they were ready to give full support to the regime, to beat prisoners or worse. Some showed sadistic tendencies. Those who refused to join the system were rather the exception. The first superintendent of Ravensbrück, Johanna Langefeld, came out of the prison system as a guard. Now she was given the most powerful post a woman could get within the SS. She relied on discipline and collective punishment, but refused to hit women. When she heard about the medical experiments on the inmates, she refused to give the command of the camp. But it remained one of the few exceptions.

Is there a fate that particularly touched you?

The story of Evgenia Klemm touched me very much. She was a history teacher in Odessa and was captured by the Nazis after the conquest of Crimea, along with some very young nurses and doctors from the Red Army. Most of them were just 20 and had no idea what was happening to them. But Klemm had already been a nurse in World War I. She kept telling them that they would survive and managed to hold the group together until the liberation from Ravensbrück. 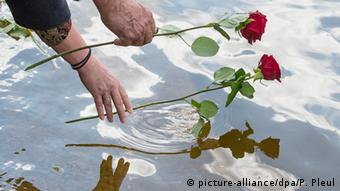 Roses for the victims

When she returned to the Soviet Union, Stalin described the prisoners in Germany as traitors who would have better fought to the death. Klemm lost her job as a teacher. In 1953 she hanged herself. It is a terribly tragic and at the same time very impressive story.

Do you think it will be possible to keep the memory of these fates alive when all contemporary witnesses have died?

It was my wish to give these women a voice and to secure Ravensbrück its due place in the history of Nazi crimes. But the third and fourth generations of both the descendants of survivors and Germans will still find out where their grandparents or other family members were back then. It is important that these stories continue to be told.

From 1939 to 1945 around 130,000 women from 40 countries were held in the Ravensbrück concentration camp. Tens of thousands of them were murdered, died of starvation or as a result of medical experiments.

Sarah Helm: Without hair and without a name. The Ravensbrück women's concentration camp. Theiss Verlag 2016, 38 euros.

The interview was conducted by Sarah Judith Hofmann.