When is a keyhole surgery recommended?

Operate as if through a keyhole

So-called keyhole operations are increasingly replacing large and stressful operations. Instead of long cuts, a few small ones, the size of a keyhole, are sufficient with this method. Patients are less stressed and are fit again faster. 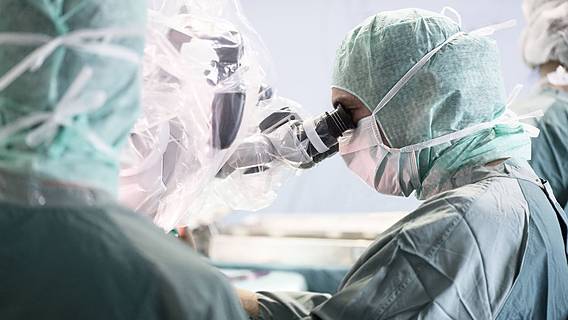 More and more operations are now being carried out using the keyhole method. | © Photo: imago / Westend61

The minimally invasive surgical technique has been used to remove the gallbladder since the late 1980s. Since then, more and more medical fields of application for minimally invasive surgery have been added. The technique is suitable for classic routine interventions such as the removal of the appendix, but also for more complicated operations, for example on the gastrointestinal tract and the spine. Interventions on the heart are now also performed in a minimally invasive manner - with small incisions and using a so-called endoscope. This is a pencil-thick, hollow tube with its own lighting and a miniature video camera.

The doctor decides whether a surgical procedure can be performed in a minimally invasive manner. Not everyone can be operated on using the keyhole method. These include, for example, people who are very overweight or who have adhesions from previous operations. Even with many tumor interventions, normal surgery is often the better choice, as the surgeon can intervene faster and more effectively in the event of bleeding or other complications. In general, the patient's condition and clinical picture are important. The decision to have such an operation should be carefully discussed with the attending physician beforehand.

The keyhole method is generally gentler on the patient. For example, it saves blood transfusions. "There are also fewer incisional hernias and wound healing is accelerated", says Prof. Martin Strik, chief physician of the clinic for general, visceral and oncological surgery at the Helios clinic in Berlin-Buch. Thanks to the high magnification through the video system, there are fewer nerve and vascular injuries than surgery with large incisions. Older people in particular would generally benefit from faster recovery and shorter times for inpatient stays and rehabilitation.

Operating through a tiny keyhole may sound simple and straightforward to the patient, but it requires a great deal of surgical skill. Doctors push fine rods into the patient's body through small incisions in the skin, with instruments such as scissors, clamps, lights and cameras attached to the ends. The surgeon follows on a monitor what is happening while he is steering the instruments.

"Depending on the organ, the surgeon needs 30 to 100 interventions to safely handle the instruments from a distance", explains Prof. Strik. "As a patient, you should make sure that the clinic mainly operates minimally invasively before an operation - and otherwise rely on recommendations from other patients"the Berlin expert advises.

VdK-TV: discharge management - what happens after the hospital 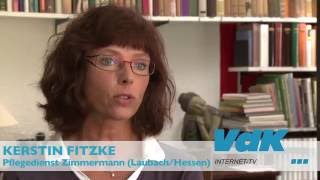 When you are discharged from the hospital, the question often arises of how to proceed with care at home. In Germany there is what is known as "hospital discharge management" for this purpose: This is intended to close previous gaps in supply when transitioning from hospital to home or into short-term care.