How to hunt a pheasant

The pheasant originally comes from Central Asia and now lives in all of Central and Western Europe due to regular releases. The pheasant has found its habitat mainly in wide fields, where trees and hedges provide cover. 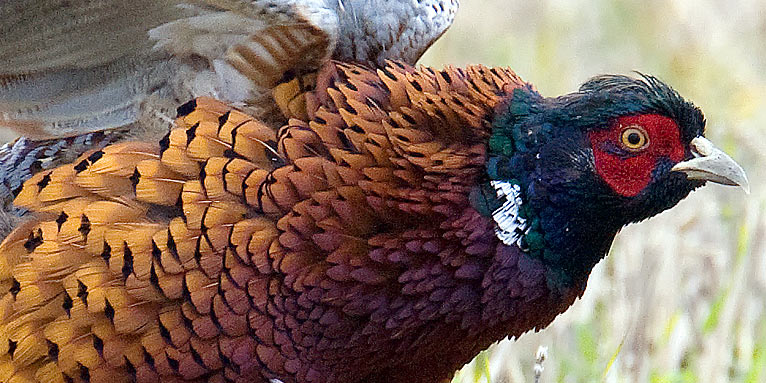 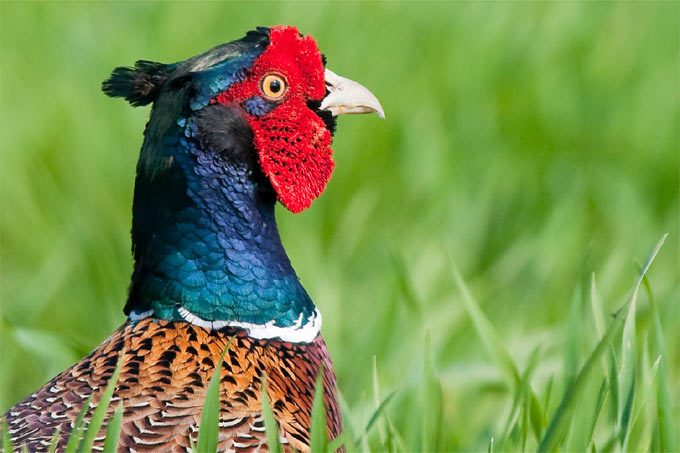 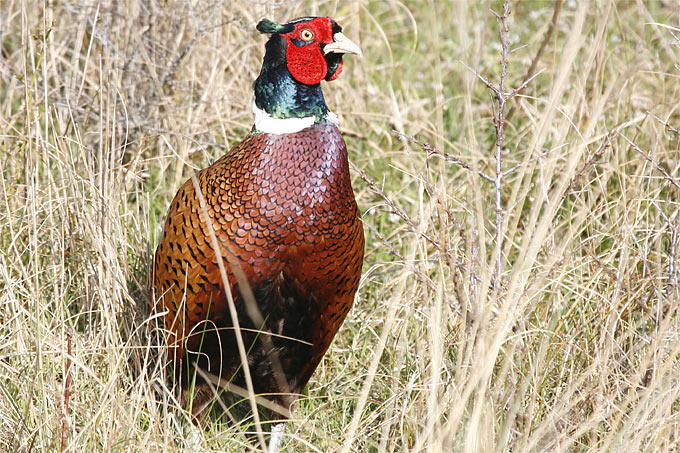 Protection status
International
Like all European bird species, the pheasant is subject to the general protection of the EU Birds Directive (VSchRL). However, it belongs to the species in Appendix II / 1 and can therefore be hunted in all member states of the European Community.

National
According to the Federal Nature Conservation Act (BNatSchG) Section 7, Paragraph 2, No. 13, the pheasant is a particularly protected species. 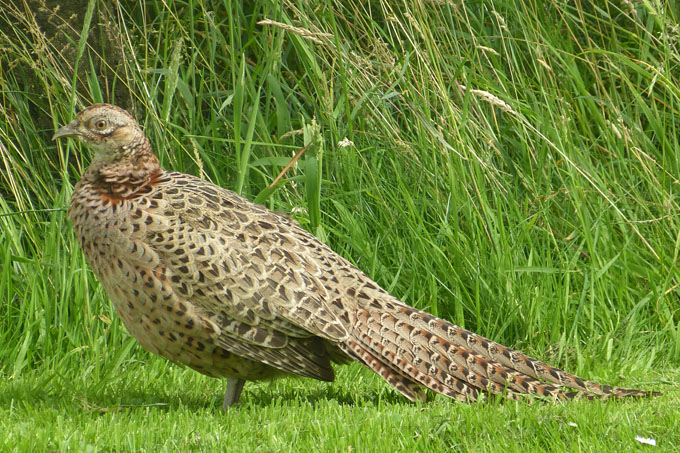 Stock in NRW
There are around 16,500 to 37,300 breeding pairs in NRW. The pheasant population cannot be determined more precisely because individuals are abandoned to an unknown extent for hunting purposes and live polygynously - without pronounced territorial behavior.
In the course of the last few years the pheasant populations have collapsed to a greater or lesser extent throughout Germany. The causes of these slumps are complex: hard winters with snow and wet summers have an unfavorable effect on the population. This also applies to intensive agriculture, which affects species in the agricultural landscape such as the pheasant. For predators such as foxes, stone marten, polecat and carrion crows, pheasants or their chicks and eggs are also welcome prey. Since further factors are suspected that are responsible for the significant decline in pheasant populations, a study on this topic is currently being carried out at the Research Center for Hunting and Game Damage Prevention (Bonn) and the Institute for Terrestrial and Aquatic Wildlife Research (Hanover). The research team from Lower Saxony has detected antibodies against infectious diseases (e.g. bronchitis) in numerous pheasants. Whether there is a causal relationship between these initial findings and the decline in pheasant populations is currently open.
The pheasant is abandoned for hunting reasons and presumably does not form a long-term self-sustaining population. In the view of nature conservation, exposures are only permitted within the framework of a scientific program for the conservation of an originally native species in accordance with the International Union for Conservation of Nature and Natural Resources (IUCN) and national criteria.
After the shooting of pheasants in the release year in the respective area was prohibited in the hunting law, the interest and thus the extent of the pheasant release sank considerably. Certainly another reason for the decline in stocks in North Rhine-Westphalia. In the future, a further decrease in exposures is to be expected, since with the new ecological hunting law of North Rhine-Westphalia, any suspension requires a permit.

NABU position on the 2018 amendment to the State Hunting Act
The NABU suspects that pheasants do not form a self-sustaining population and only survive because birds that have been bred are repeatedly released. The NABU therefore resolutely rejects suspensions for purely hunting purposes - as the current amendment is intended to allow again without a permit. In addition, the pheasant is not originally native to Germany, so a disappearance of the species would be welcomed from a nature conservation point of view.
In principle, only those species should be included in the catalog of huntable species that are used in a biologically sustainable manner and in accordance with international agreements without artificially promoting stocks for hunting purposes. 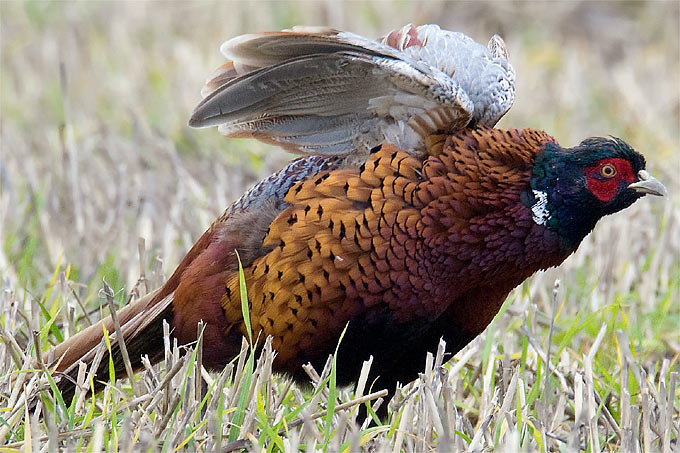 Brief portrait
distribution and habitat
The pheasant originally comes from Central Asia, but was possibly introduced by the Romans and, due to regular releases, now lives in all of Central and Western Europe. The hen bird has found its habitat mainly in wide fields, where trees and hedges offer it sufficient cover. However, he can also be found in the adjacent light forests and reed areas. Pheasants are rarely found in urban areas.
The pheasant mostly colonizes areas below 150 meters above sea level and almost completely avoids low mountain ranges from 200 meters above sea level. Individual specimens have already been observed at sun-exposed altitudes of 350 meters above sea level, but are exceptions. The main areas of distribution in NRW are the typical small game areas of the Westphalian Bight, the Lower Rhine and the lower elevations of the mountainous region.
The most widespread subspecies in Germany is the Mongolian ring pheasant. Most of the time the animals are a cross of different subspecies.

description
Male pheasants reach a size of 75 to 89 cm, while females only reach a size of 53 to 62 cm. In addition to the green head with the red-rimmed eye area, the male has a distinctive rust-brown colored plumage. In addition, its long, black-striped tail feathers are also striking. The female is much smaller and has a plain yellow-brown color. Male pheasants are not monogamous. The hunt results in five to six hens for each rooster. In order to guarantee this ratio and to artificially preserve the pheasant population, only the rooster is hunted as a rule.

food
Pheasants live primarily on vegetable food. The spectrum ranges from seeds to acorns and berries. But the pheasant does not disdain rhizomes and green parts of plants either. He crushes these with the help of stones he has taken up in his muscular stomach. The young animals in particular eat small invertebrates such as earthworms, slugs or snails and insects in the first few weeks of life.