What religion burns their dead next to Hinduism

For the Hindus, death is also a new beginning. Because for them it does not mean the end, but the transition into a new life. 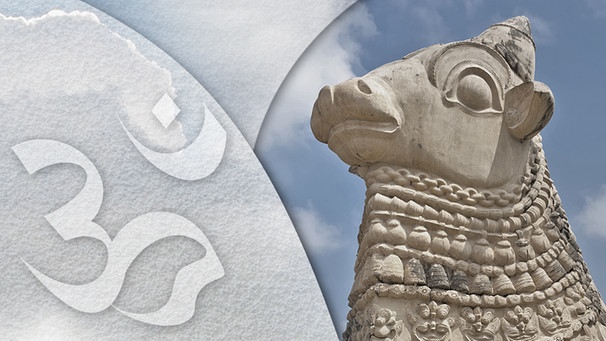 Hindus believe in the cycle of life. For them, only part of their existence comes to an end with death. After that, the soul, called atman, is reborn in another living being - in which form, whether as a person, animal, plant or even single-celled organism, depends on karma - i.e. its deeds, but also thoughts, intentions and longings. That is, the more good deeds a person can accumulate during his life, the better off his rebirth will be. To be born again as a human is considered particularly desirable. Only then is it possible to escape the cycle of rebirths. And this liberation, called moksha, is the goal of human life. There are four ways for Hindus to achieve this: the way of love of God, the way of knowing, the way of selfless action and the way of thought work and meditation.

Purification of the body and soul

There are no burial rituals that apply to all Hindus. The ceremony may differ depending on the caste or region. But usually the dead person is first cleaned. This is important because according to Hindu beliefs, purification of the body goes hand in hand with purification of the soul. To do this, the corpse is placed on a chair and washed under running water. Then the dead are anointed and wrapped in plain white cloths.

Finally, the deceased is burned at a stake in a public square or in a crematorium. If possible, the firstborn son lights the fire - for women at the foot end, for men at the head end. Then the head is smashed to release the atman, the soul. That is the most important act of the ceremony. Only by splitting the skull can the atman return to the god Brahma. It also shows that the soul is ready for rebirth.

The rituals last up to two days

As soon as the fire is lit, a priest chants mantras, i.e. prayers. The relatives circle the pyre five times clockwise as a symbol for the five elements. These rituals can last up to two days. On the third day, the ashes of the dead are scattered or buried in a river. The ceremony is public, but women have to stand a little apart.

Hindus are most fortunate to be buried by the sacred river Ganges in the city of Varanasi. There, according to their beliefs, the universe was created and there the souls of Hindus attain peace.

The grief over a loved one is carried outward in Hinduism. When a parent dies, the sons shave their heads. In addition, flowers and candles are launched to commemorate the dead and offerings are made on each day of death. Such rituals are only allowed to be performed by men. In return they hope for positive karma points.