Could a person dream without music

Sleep: What dreams reveal about us

"Give me 100 dreams and I'll tell you who you are," claims psychologist Kelly Bulkeley. It sounds a bit like boasting. However, he has actually already succeeded in the feat. Since the mid-1980s, a woman whom the researcher calls Beverly has been writing down her dreams every day; there are now more than 6000 entries. He pre-buttoned 940 of these dream notes from 1986, 1996, 2006 and 2016 - and made 26 statements about the woman: about her temperament, her emotional world, her prejudices, relationships, fears, her attitude to money, her health and cultural as well as spiritual interests. "She confirmed 23 of them as correct," explains the Oregon man, not without pride.

His case study thus supports the theory of "waking-dreaming continuities" (in German: waking dream continuity), which, among others, Michael Schredl from the Central Institute for Mental Health in Mannheim put forward. Key point: Much of the content of a dream is meaningfully linked to interests, preferences, worries and activities in daily life. “This thesis is now well-established among dream researchers,” explains Schredl. The psychologist discovered, for example, that the dreams of people who listen to, make music or sing a lot also contain more music. And those who composed in everyday life tended to dream of new melodies. 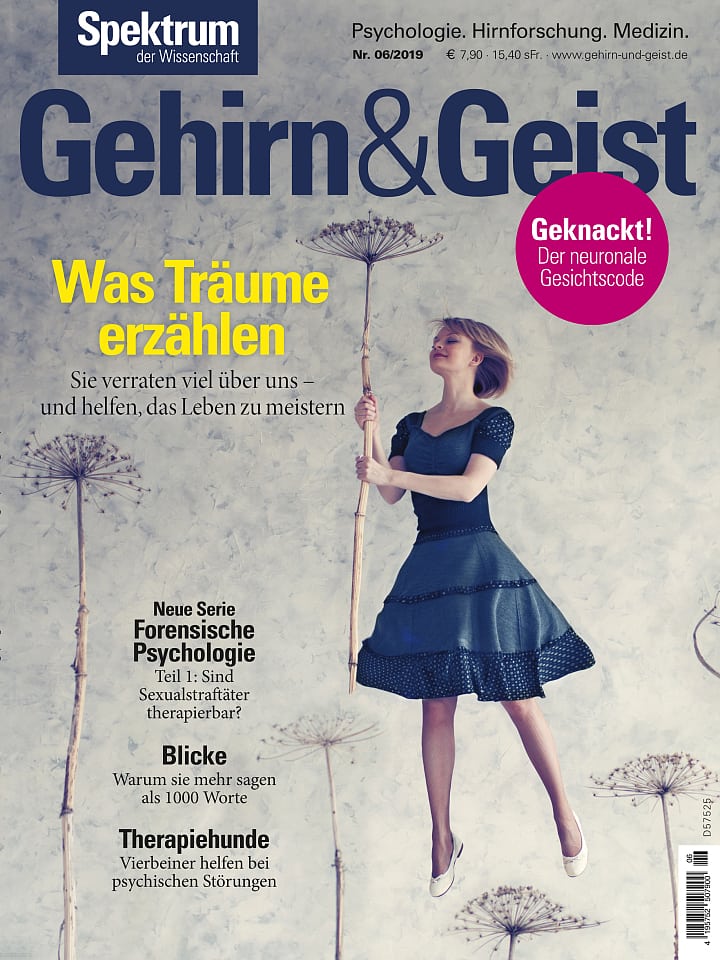 Experiences of the previous day

In 2017, a team led by Raphael Vallat from the Université de Lyon asked 40 participants for seven days after they woke up. On average, the test subjects remembered six dreams during this time. Over 83 percent of dreams were actually related to personal experiences. 40 percent of these autobiographical experiences occurred the day before, 26 percent a maximum of four weeks ago, 16 percent a maximum of a year ago and 18 percent more than a year ago. The subjects rated the majority of the real events occurring in their dreams as important for their lives. However, this did not apply to experiences that they had only had the day before. As Sigmund Freud (1856–1939) noted, impressions of the past day that appear in dreams seem to be more everyday and trivial. In contrast, the oldest memories processed in sleep turned out to be more emotionally intense, more important - and more negative. Current concerns were also addressed in 23 percent of the dreams. For example, a young student who was afraid of not completing his studies dreamed that he was sitting in a tram with his professors, waiting to finally find out his grades.

According to a case study by neuroscientist Isabelle Arnulf from the Sorbonne Université in Paris, dreams are occasionally also anticipatory: in every tenth dream a man who traveled a lot for work fantasized about the places he would visit in the near future.

Such findings are part of a whole host of findings that have recently fascinated psychological dream research and led to new theses. For example: Dreams serve human social life and are often so weird because they create a slightly different approach to emotional problems, tasks and behavior patterns that preoccupy people.

For many years, medically oriented sleep research was primarily devoted to sleep as a neurophysiological process. The meaning of dreams faded into the background. They were considered to be a kind of epiphenomenon of sleep. The psychologist Rubin Naiman of the University of Arizona at Tucson compares this view of dreams with stars: "They appear at night and seem bright, but are far too far away to be relevant to our lives."