Columbus Day is a national holiday

Are you wondering when Spain celebrates its national day? The answer is October 12th, the Día de la Hispanidad. Here you can find out why this day has been declared a Spanish national holiday and how it is celebrated in the country. 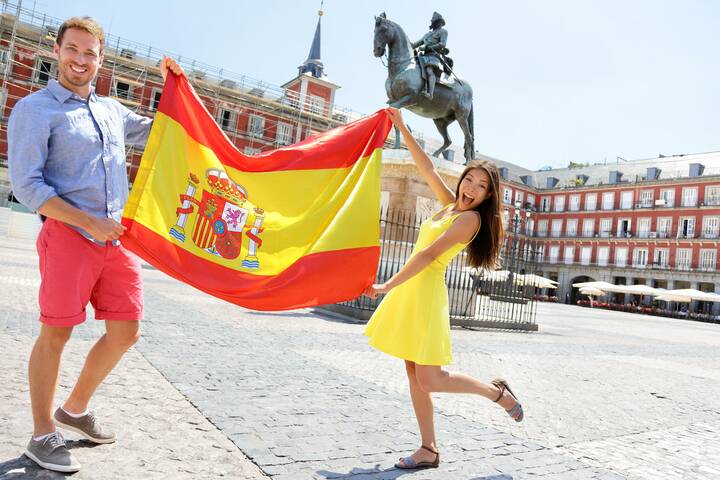 How do Spain celebrate their national day?

There are numerous celebrations across the country on October 12th. A large military parade in Madrid (see below), festive processions, and music and dance events. Depending on where you are in Spain at the time of the national holiday, you can take part in different events.

Why is the Spanish National Day on October 12th?

The Spanish national holiday has its origins in the arrival of Christopher Columbus in the "New World" on October 12, 1492. Columbus landed on this day with his three ships Santa Maria, Niña and Pinta on an island in what is now the Bahamas.

However, it was not until the beginning of the 20th century that people began to celebrate this historic day in Spain. It was first celebrated in 1914 under the name Fiesta de la Raza ("Festival of the Race"). For the official Spanish national holiday (Fiesta Nacional de España) he was by King Alfonso XIII. proclaimed in 1918.

In the 1930s, the term Día de la Hispanidad (»Hispanic Day«) came into fashion, to remind of the common roots of the Spanish-speaking world.

After Franco came to power, the national holiday was first renamed Día de la Raza ("Race Day") in 1940 and in 1958 was given the name Fiesta de la Hispanidad.

Since 1987 it has been officially called Fiesta Nacional (national holiday), although the name Día de la Hispanidad continues to be used in common parlance.

In addition to the Spanish national holiday, the Día de la Virgen del Pilar is also celebrated on October 12th. The Virgen del Pilar (dt: Our Lady on the Pillar) is the patron saint of Spain and Zaragoza and the reason why many Spanish women have the first name Pilar. 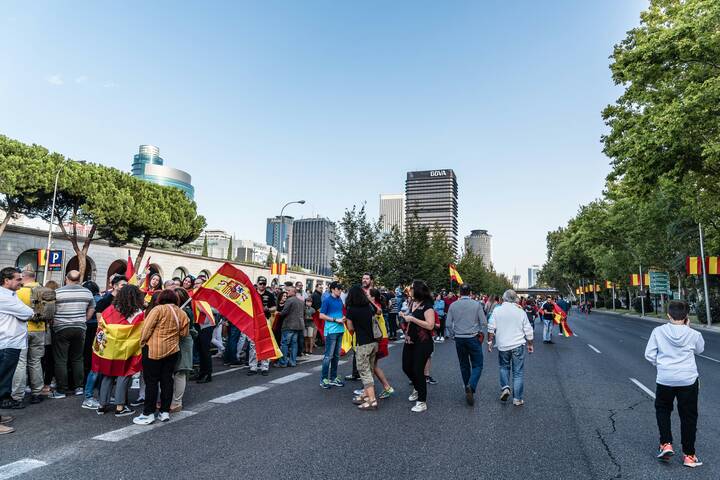 Every year on the morning of October 12th, an impressive military parade takes place in the Spanish capital, Madrid. It leads along the Paseo de la Castellana and ends at the Plaza de Cibeles. At Plaza de Colón (Columbus Square), the parade passes the grandstand with the royal family and high-ranking politicians.

The entire military parade will be broadcast on Spanish Public Service Television (RTVE). The transmitter La 1 usually broadcasts from 10 a.m. If you want to see the parade live on site, you should be there early to get a seat with a good view.

During the parade you can see the Spanish Foreign Legion (La Legión Española) in their dark green uniforms. The combat troops always bring their mascot with them - a goat that wears its own costume especially for the day.

The riders with colorful uniforms from the Napoleonic era at the beginning of the 19th century are also exciting to see. If uniforms are your thing, the military parade in Madrid is the place for you.

The aerobatic team of the Spanish Air Force (Patrulla Águila) should of course not be missing on this day. The pilots show their skills and "paint" the Spanish flag in the Madrid sky. 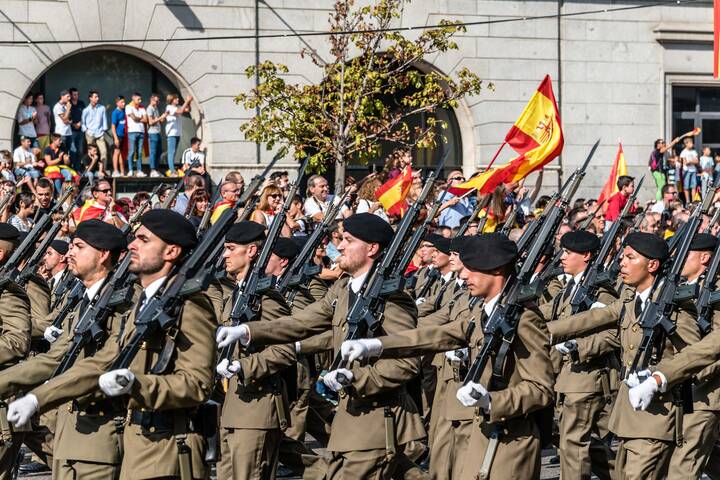 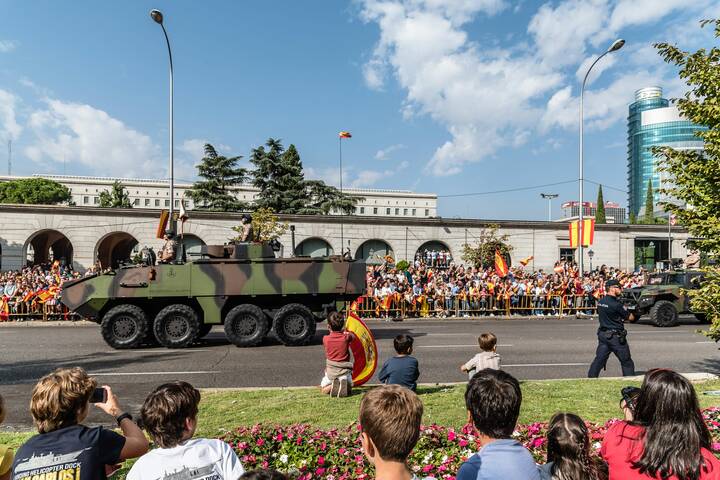 Spectators at the military parade in Madrid (JJFarquitectos / Depositphotos.com)

Christopher Columbus enjoys a very special meaning in Andalusia. Columbus set sail from Palos de la Frontera (Huelva province) with the two caravels Niña and Pinta and the carrack Santa Maria on August 3, 1492 when he wanted to discover the sea route to India.

In addition to the numerous celebrations on the Spanish National Day, many popular festivals (ferias) take place around October 12 in Andalusia. On the Costa del Sol, for example, the Feria de Fuengirola, Feria de Ojén and the Feria de Nerja are celebrated. The big Feria de San Lucas starts in Jaén at this time.

October 12th is also a public holiday in many countries in North, Central and South America. While Columbus Day is still celebrated in some states in the USA, other countries tend to think of Hispanic culture. In the last few decades the day has also been used more and more to commemorate the traditions of the indigenous people.

An overview of what is celebrated in which countries on October 12th: